The Formula One and yachting capital of Monaco hosts the Monaco Grand Prix, which ushers in the summer season in the Mediterranean. Among the world-famous races, the most well-known is the Monaco Grand Prix. There are several drivers and team managers who reside in the Principality, making it a particular Grand Prix in a city that is very significant to Formula One. Although this race, along with the Indianapolis 500 and the 24 Hours of Le Mans, makes up the triple crown of motorsport, no other race is as coveted as this one. Find out here with us how to watch the Grand Prix the best! 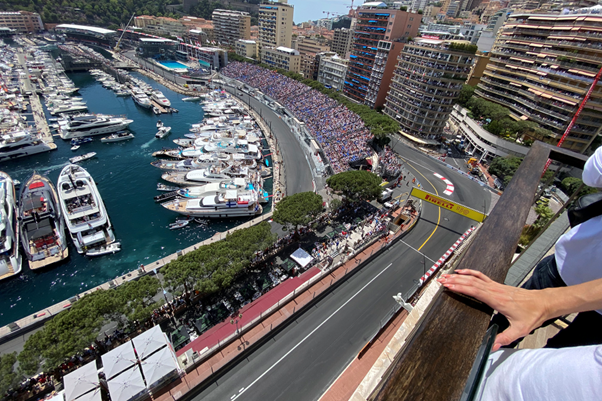 The first corner of the race is the one with the most activity. The turn, which comes after one of the longest straightaways in the race, is renowned for some of the best overtaking and exciting collisions. As with the incident involving Schumacher last year, the majority of incidents in Monaco happen in the vicinity of St. Devote. From the Panorama or a balcony of the Ermanno Palace, you can opt to watch the race there. You can also reserve a spot on one of the several strands, some of which are on the well-known turn.

Jet setters like to congregate on Casino Square, one of the best and most expensive sites in the world, which also houses the Hotel de Paris and the Monte Carlo Casino. Both the Louix XV restaurant and the Café de Paris enjoy fantastic vistas of the racetrack. For a better view, you can ascend the Grill. The majority of these spots are in high demand, and hotel guests frequently reserve them early, so it would be wise to make an early enquiry.

The piscine and the Quai Kennedy are two of the best sites to watch the race in comfortable surroundings. The Fairmont tunnel’s exit is where the high-speed section of the track is situated, right after the chicane. The majority of the spectators are housed on yachts throughout this stretch of the course. Renting a boat during the Monaco Grand Prix is one of the top experiences for affluent travellers and F1 enthusiasts.

The most famous hairpin in the world, located directly between the Mirabeau and the Fairmont, may be the most thrilling due to some of the most breathtaking slow-speed automobile collisions. The best place to watch the race is from Nikki Beach, where you can occasionally dip into the pool.

A person can only experience the Monaco Grand Prix once in their lifetime, the most thrilling and sought-after Grand Prix. Planning a trip to Monte Carlo for the GP should be done elegantly and far in advance to ensure the best experience.